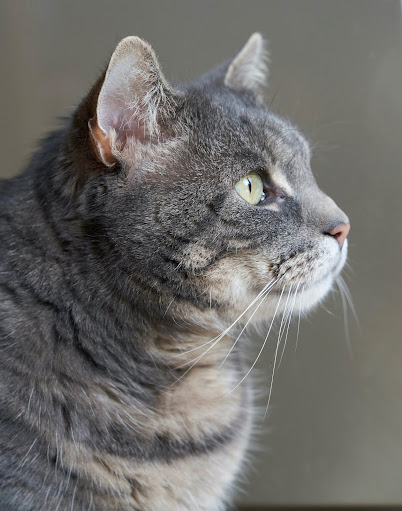 Miaow.... its International Cat Day. Today we celebrate the sheer elegance of cats.

Gorgeous whiskers like mine, so much more beautiful than beards.

Soft delicious fur, which poor hairless humans do not have.

Ears that can hear a mouse's footfall and the ultrasonic squeaks of bats in the hot evenings and mice in the wainscot. Humans, as they age, cannot hear these at all.

Ears that grow fur out of themselves - wisps of beautiful fur that add to our elegance, unlike the hair in human ears.

Eyes that reflect moonlight back to the marvelling human that notices this. Eyes that are tuned to the slightest movement and can see in the twilight dark.

A waving tail that helps us balance on garden fences or the boughs of trees. A sense of balance that far outbalances our humans.

A graceful body at all times. A body that is so supple we can clean ourselves all over, except for the head. We can contort ourselves so that we look at our intimate parts without using a mirror.

Humans, don't you envy us? 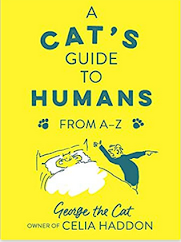 COVID 19 and the butt kiss. 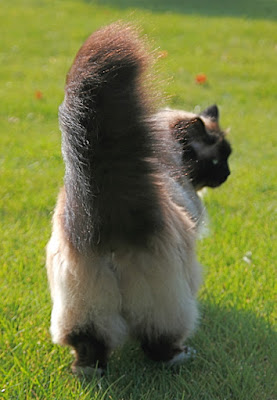 Are humans safe? We need a new etiquette to deal with diseased humans. I call it the butt kiss.
Humans are, unlike cats, very bad at washing. Standing for two minutes under the shower is no substitute for the thorough careful washing we give ourselves from nose to tail.
Now their general lack of hygeine is catching up on them and they are in a panic about a new virus.  Worse still it seems they may be able to pass this on to us. Or so the Hong Kong authorities seem to think. Read it here.
They say humans should not be overly concerned and should not abandon their pets. But what about us cats? Surely we should be concerned. Our health may be at risk.
Should we abandon our humans? I think not. But, if you have a human that slobbers over you, or breathes in your face, turn your back and present butt.
If they must kiss and slobber, they can kiss our backsides!
Posted by George Online Cat at 11:03 am 1 comment:

I wish my mommy join the ….”no poo” (no shampoo) movement! 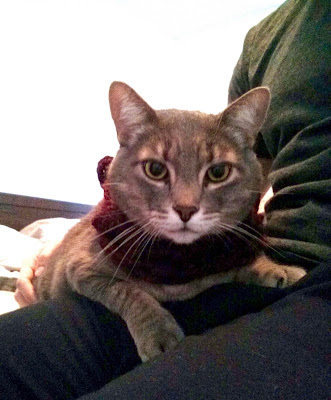