Toby's passage from life to death. 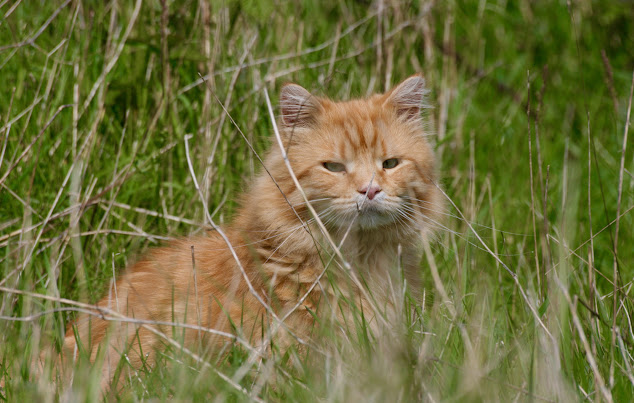 I have given my blog to my secretary to write this week. It is late for that reason, because she was too upset to write till now.

Toby was finally helped from life to death at I am Friday June 18th.... It was a hard passage and I failed to protect him from much of his pain and distress.

In April I took him to the vet for his eyes. They had started weeping - he had a rare growth on them and had seen an opthalmologist about a year earlier. His eyes were worse and I also reported that his bowel movements were rather soft. They took bloods. His grooming seemed less effective too but I put that down to the fact that he had had several teeth extracted because of gingivitis.

I took him back to the vet, to have a second blood test in May, because the first test showed high protein levels.The results were unclear. It was maybe inflammatory bowel disease, maybe kidney disease, maybe some form of cancer.

He was his usual affectionate self to me. During the night my other cat Tilly slept on my bed while he had a bedroom to himself. Each morning he would come down to eat and then follow me to my bedroom. On the bed he would have his eye drops administered followed by two Dreamies. He hated the eyedrops but enjoyed the Dreamies.

I would then comb most of him using a flea comb taking off the equivalent of a full handful of his soft long hair. If I missed a combing session he sometimes had fur ball problems. If I combed too hard he would walk away, but usually return and lie on his back. He craved my attention so much, he was willing to risk my combing.

That was before May.

He started becoming a little slower in going upstairs. I thought he was dreading the eye drops. In the morning he occasionally rolled on his back on the floor not the bed. Reluctant to jump up? I thought this too was a sign of dismay around the eye drops, which I administered on the bed.

An ultrasound image was taken and his abdomen was shaved. A catheter was put in his paw and he was given intravenous fluids for dehydration. The catheter stayed in his paw, when I took him home, ready for further medication the following day if it was needed.  He was very distressed by it as he could no put his paw on the ground. The notes say " general picture of IBD", ie inflammatory bowel disease.

He was in pain when his abdomen was palpated and the vet prescribed buprenorphine as both a painkiller and an agent of slowing his bowels. Despite pain he never bit the vet. (Just as he had never bitten me ever. Not even when I had mistakenly caused him pain by combing a mat instead of cutting it out.)

She tidied up the fur round his anus that was soiled. Toby had shown he was very upset by his soiled backside and also for defecating outside the litter tray. I had tried to snip off the spoiled fur but he was always fearful of scissors and this is difficult to do without somebody else holding him still.

Then I asked for further tests in the local vet hospital. It was a long wait of several days for their results.

Two days later he went to the local vet hospital for further more accurate tests and imaging. He came home groggy with some test results to come later. They gave me some panacur to dose him, just in case it was worms.

I put it on his food. Panacur used to come in granules and I have known several cat that would eat it in their food. Toby refused to eat the liquid and I decided not to give it to him.
I didn't have the heart do add to add to his distress. At least I spared him that.

He hated the buprenorphine. It was easy to administer as it was just squirted into his mouth. Each time he would run away afterwards. Getting the dose right was difficult and to begin with it blocked his bowels completely.

I ceased the opiate for a day so he could pass a stool.  He did this but it ending up with bloody diarrhoea. Again. This time I saw him straining on his litter tray and he was clearly in pain. I put him back on the buprenorphine and tried to reduce the dose to the point when his bowels could still move.

He stopped wanting to eat his special digestive food. I thought he associated it with the panacur and subsequent pain. I was wrong. Again. Cats stop eating when they are in pain and I had probably got the opiate dose wrong, giving him too little.

He was on the passage from life to death, the last few days until the time of his dying.

I did not see this. And my mistake cost him distress and suffering.

I completely misinterpreted this. I thought these slow reactions were because he hated was I was doing to him.  And my mistake cost him distress and suffering.

Another vet visit and this time he was put on steroids. He struggled and it took 12 attempts on the first occasion to get the pill down him. It would take 5 or 6 attempts each time after that. He struggled and struggled against my efforts, wriggling down into kitten-size. It seemed I was torturing him even more.

But he seemed to perk up with these and ate well for a couple of days. He started sleeping on a garden cushion I had left on the kitchen floor instead of on his usual bed at the top of the cat tree, looking out over the garden. "Cats sleep anywhere," I thought.

I didn't realise he was too weak to jump up onto the cat tree.
And my mistake cost him pain and suffering.

On Friday I took a video of him because he looked as if he was in pain. Then I wondered. Perhaps the tight eyes, I thought, might be simply the result of the eye drops. I must have been in denial. I decided to take another video later in the day. He slept on the armchair. I put the fire on so he would be warm.

I came home in the late evening to find him on the living room carpet. Not asleep but dying. I have seen my mother and my husband die over several days, as I sat by them. So I knew. There is the occasional moment when the person rises to the surface and may smile. Then they sink back into the deathbed breathing pattern of Cheyne Stoke.

Toby's head was sinking, as if he didn't have the strength to hold it up any more. And he was taking short breaths, as if panting. His eyes were tight with pain. I gave him more buprenorphine and he jerked away with a last spasm of energy on to the cold vinyl of the kitchen floor.

I put out a woolen scarf for him on the floor so that he keep warm and lie on it. He didn't move. I then got cushions and prepared to lie near him in vigil through the night. When my mother was dying I wanted to be able to kill her with a dose of morphine. Maybe I could do this for Toby with the buprenorphine. Then I thought how my administration of the opiate was hit and miss. How he hated it being squirted into his mouth. How I might underdose him.

I bundled him into a carrier. It hurt him when I did this.  I caused him more pain and suffering - but this time for his greater good. He was so upset he defecated in the carrier during the journey: something he had never done before.

The 24 hour vet was about half an hour away and it was now past midnight. I drove in the dark round the suburbs of Swindon, along a maze of by-pass roads which even my sat nav could not negotiate. At last I was there.

As I sat in the dark cat waiting to be able to sit by him for his last minute of life, I realised that I had got almost every single interpretation of his behaviour completely wrong.  He had been too weak to jump on the bed. He had been so weak that getting up the stairs was almost beyond him.

Through this torture, he had still wanted to be close to me. Unlike other ill cats, he had not wished to go away on his own.

I was wrong to put him through all this. Please forgive me, Toby.

Dotty succeeds in beating the Firebrigade..... 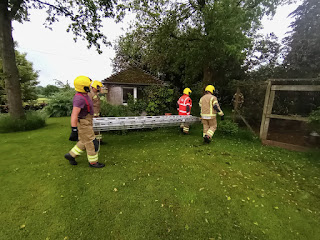 Congratulations to juvenile Dotty, who successfully played one of the oldest cat games that cats can play with humans. How to get the attention of the Firebrigade guys.

Nine month old Dotty shinned up a tree and wouldn't come down. She stayed there overnight and finally the next morning a group of beefy handsome humans came to rescue her with a long ladder. 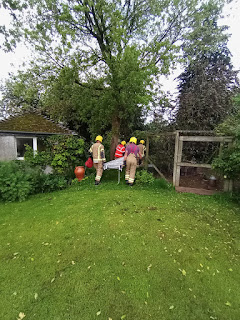 Up went the ladder. Up went Dotty. Higher and higher. Much higher than the Firebrigade humans could follow or that their ladder could reach.

So they went away. Mission unaccomplished.

To be successful in this great human tease, it is necessary to show great perseverance in staying in the tree, followed by great daring in climbing higher up to more slender branches.

Dotty did it purrfectly.

Vets... the power of the purr? 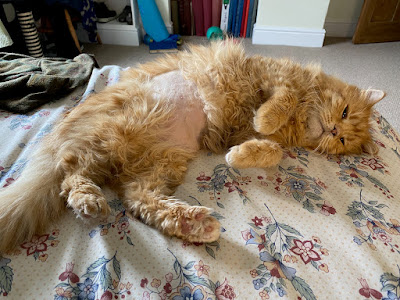 My pal, Toby, is going through hell. Two awful days in a strange pen with horrible veterinary humans prodding and poking and sticking needles into him. He's even had a catheter into his paw.

It didn't stop the horrible procedures but every single vet and nurse that dealt with him said "He is such a sweet natured cat." So it sort of worked. Purrhaps...

Purrsonally, I am too proud to purr at vets, but I am wondering whether to follow his example....

Posted by George Online Cat at 9:04 am 5 comments: