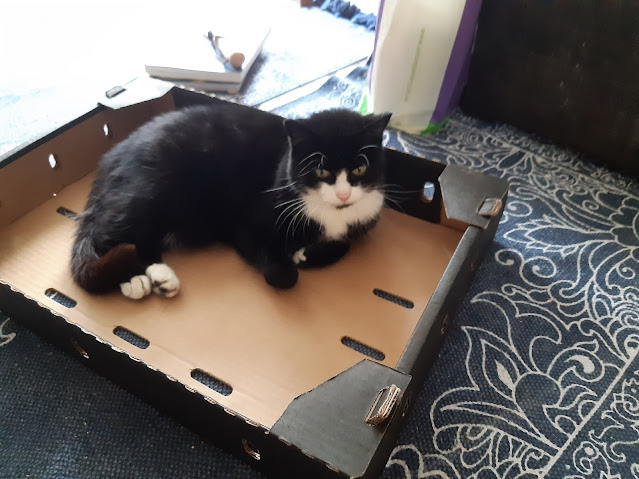 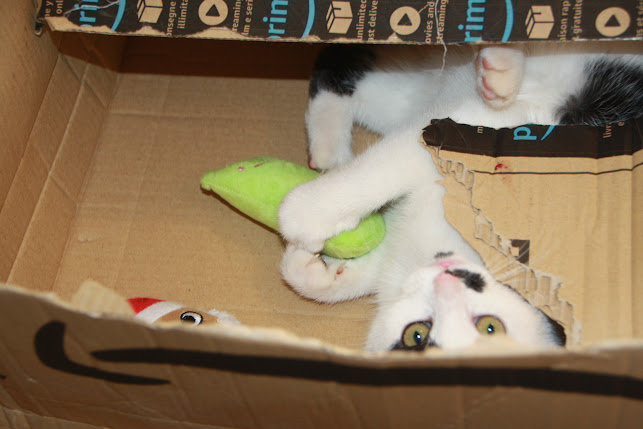 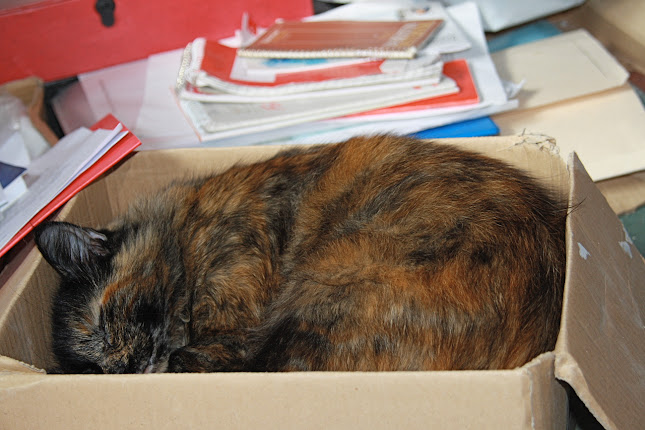 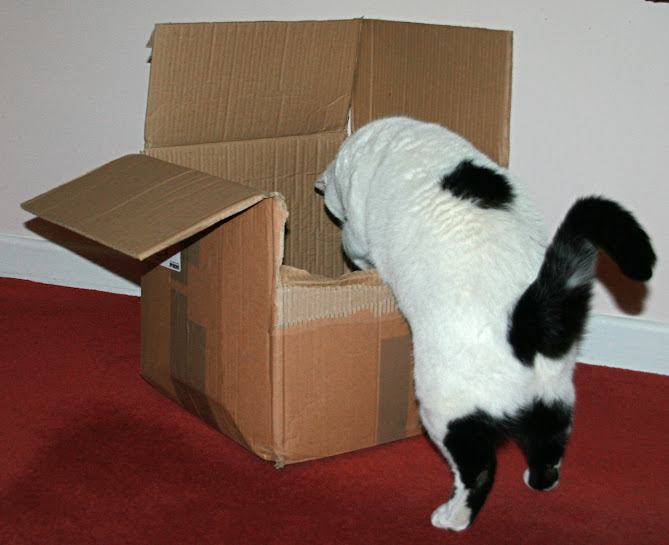 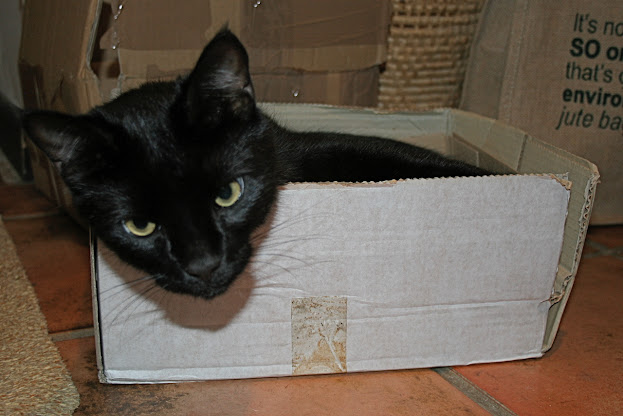 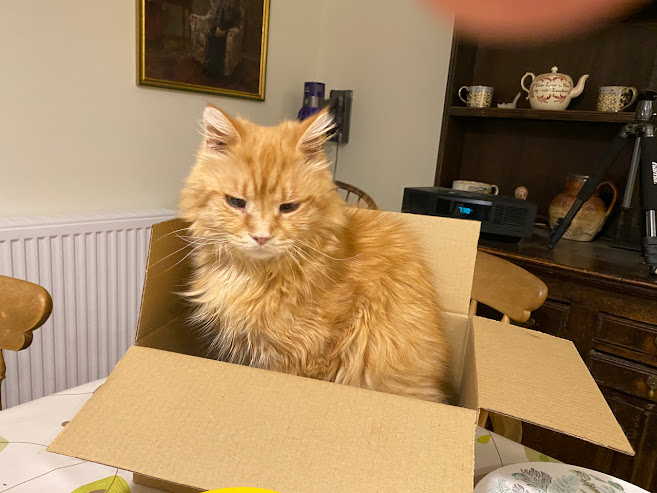 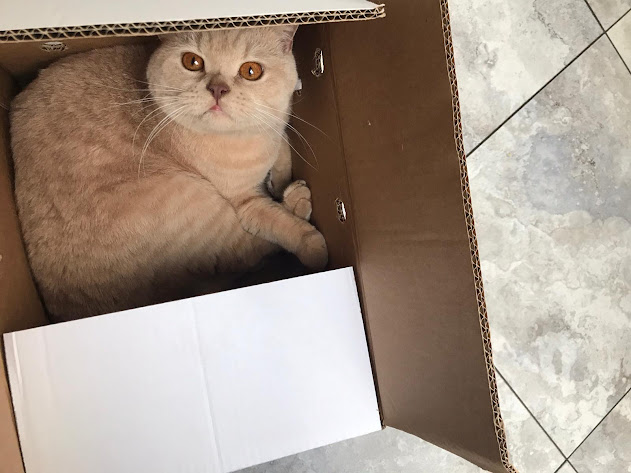 Cat in the White House 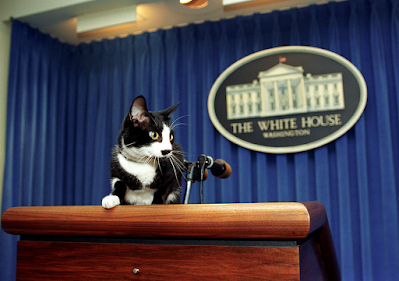 I can't wait for the next First Cat of the USA. The human president elect is going to add a cat to his White House staff, to join his two dogs, Champ and Major.  We don't know which cat yet but I am hoping it will be a rescue cat (the dogs are rescues).

The new First Cat will be following Socks, the last White House cat at the time of a human called Clinton (in the photo above). Socks was too easy going to be a good example to us cats and let his humans, the Clintons, betray him by adding a dog, Buddy the Labrador. When they left the White House, Socks was degraded to the care of a secretary (though a better carer than a Clinton).

The best predecessor was Shan, the cat belonging to a president called Ford. He set a good example for future high flying cats by biting the presidents wife and daughter, after being left in the White House while they went on a skiing trip.

Lets hope the new First Cat follows his example and keeps the new presidential pet, Biden, in his proper place. The White House hierarchy should be like this - First Cat, President, First Dogs and Vice President.

Posted by George Online Cat at 9:52 am 2 comments: 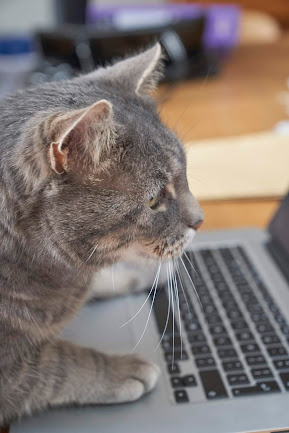 My paws hurt from trying to use this laptop.

My human has let her  computer get too old and it is dying on her. That is why this blog is so late. She is frantic so I decided to help her with the typing. I don't usually offer help. Altruism is not a cat thing. But I don't want to disappoint my fans.

The keyboard is great to sleep on. It's fun to walk on too. I like leaving messages on screen like this - ssrr  44444 'lkp[0\]12. These cryptic comments enhance her efforts though she never appreciates them.But it is hard on the paws.  So my message is simple. And very short.

Christmas is coming. This means your human will be particularly difficult to get on with. She is tired and worried. Christmas really makes humans stressed.

At least this year she won't be able to fill the house with screaming kids and ageing parents. The fewer people the better for us cats.

And there may be more turkey leftovers!

PS. Don't eat the wrapping paper or ribbons. It usually means a trip to the vet.

In-between cats - how to help 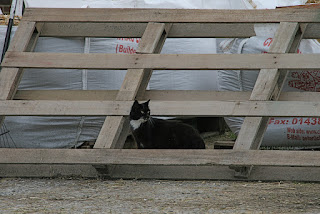 These are in-between cats... I know them from my neighbourhood. I enjoy living with humans. I let them sleep in my bed (they think it is their bed) and I even doze on their lap. 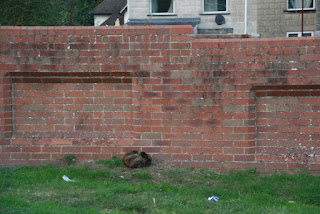 In-between cats don't enjoy too much human contact.  These two cats have homes in Maunsel St and they get regular meals there. But they like to spend most of their time outside, living the live of a free cat rather than a pet cat.

They would be miserable shut up all day inside a house or harassed by human rescuers that want to keep touching, petting and picking up. Or stuck in a cat pen waiting for a human that doesn't want a cuddle cat.

Get your human to listen here and learn how to help these cats.  https://icatcare.org/unowned-cats/