How cats use cars 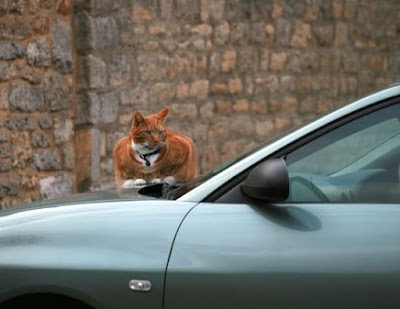 Dear George
Why does my human not like it when I climb up on the roof of her car? Doesn't she understand I am only trying to keep vigil so that I can ward off any would be intruders? How can I convey to her that I need higher lookouts to be able to provide even better surveillance and also more of them? This will also help me to spot prey but I won't leave any as a gift according to your previous advice! It is very hard work but if we can get them learn one thing at a time that way we can slowly make them better assistants to ourselves and our objectives.
Yours
Rupert

Humans have not the slightest idea of how useful a parked car can be. They are like trees for urban cats. We can sit on them in order to be vigilant; we can hide below them; we can warm ourselves up on the bonnet of a car that is still warm; and we can leave scent messages on them.

As you say, they don't understand. They have the cheek to object when occasionally we leave paw prints on the car yet they don't give us any decent alternative high sitting points. Why not? Because they don't have the imagination to know we want them.
So what can we do about this? Just be patient and purrhaps get them to read this blog.

The Cat Intelligence Service - Victoria sets up hers. 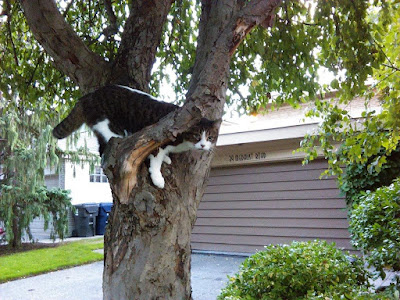