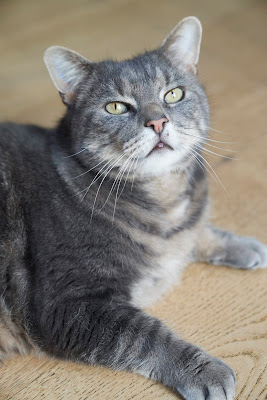 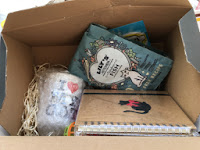 Naturally the human publishers are anxious to stay on the right side of their best selling feline author. They sent me a package of expensive goodies. Very correct. Very pleasing. 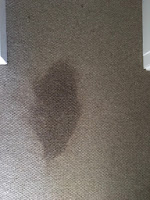 Unfortunately, they did not check in advance about what I would like to eat... They presumed. As humans do.
I felt their presumption needed a punishment.
I gobbled up the expensive wet cat food fast. Then I felt slightly ill.

Then I threw it up on the new carpet.

* For more detail on how to maximise the impact of throwing up order a copy of A Cat's Guide to Humans, here.

Life of a feline artist - success. 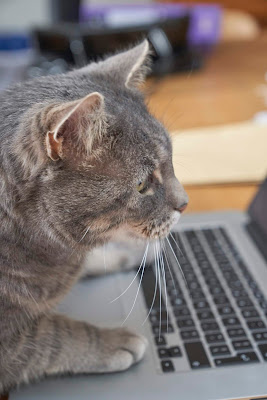 At last... my book is officially published. A Cat's Guide to Humans from A-Z. And this time my name is on the cover. Feline friends can purchase it here. The more you know about your humans, the better.

Several years ago when I published a training manual for fellow cats (One Hundred Ways to Train your Human) my human stole the copyright and claimed credit.This time it is different.  I am now an acknowledged feline author.
It's been a struggle, I admit. I needed to take a cool look at humans in general as well as my particular human. There is so much in their behaviour which is alien and sometimes disgusting to a normal cat. I needed to set aside my natural feelings and study them without prejudice.
Manipulating or managing a human is the basis of all good cat-human relationships.
Now at last there is a guide.
I hope it will contribute to better feline understanding of this strange species we have domesticated. 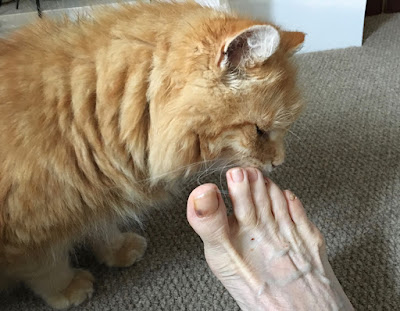 Naked human feet are tempting. They have an enticing scent, a mixture of body odour, sock, and leather shoe. Sniffing them is fun. Licking them - which some cats do - is usually not very rewarding, unless you have a human who goes barefoot and picks up interesting smells from the ground.
Those little piggy toes, which can wriggle, are fun to pounce on. Particularly in the middle of the night when your human goes to use its strange water-based litter tray. Try it. The human scream is really thrilling.
The strange thing about human feet is how useless they are for humans. True, they are flat so that humans can walk on two legs (not an advantage), but most of modern human feet are too soft to walk without the protection of shoes.
Despite being soft, flat sole of the foot is very insensitive compared with our paws. Humans cannot feel the earth vibrating through the soles of their feet. Feet are useless, therefore, for warning  about predators. Just occasionally there is a single hair or two on the top of the foot among the elderly. But there are no charming little tufts of fur between the toes like ours.
The toes can wriggle a bit but are relatively immobile. They can't grasp anything. They don't have claws, either retractable ones like us or ordinary claws like a dog. Their nails don't DO anything. They can't open cat food with their feet.

In a word, human feet may be tempting to play but they are otherwise useless.

* Coming shortly, my guide to human management and training...
I am blogging early because I have sent my human to do an update day at Lincoln University.
Posted by George Online Cat at 8:45 am 4 comments:

Advice to Larry the First Cat 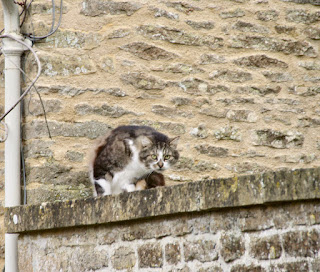 Dogs look up to humans, while we look down on them. Why does this matter? It gives humans ideas above their station in life. Just look the disasters that have happened to the British Prime Minister since he imported a dog into Number Ten Downing St... It's pathetic to see a dog rolling on its back in front of a human. Or putting its face between its paws in a kind of bow. They can't help it. They seem to think that humans are some kind of superior being.  That feeds into the human idea that they own us. Own us? They may own the dog but they certainly don't own a cat. We live independent lives which we may choose to share with them. But only from a position of feline superiority.
My advice to Larry the Downing St cat is to institute an immediate obedience training programme for the new First Dog, while it is still a pup. Get in there with a few well timed paw swipes.
With luck, Dylin the dog will be out of Number Ten very shortly, but there's a chance he may wheedle his way back in after a general election.
Start a punishment regime NOW.


"Four legs good: two legs bad!" is a slogan invented by a human as a sneer in a work of fiction. Actually, it's a good slogan for all of us quadrupeds. It's actually true....
What do we gain by four legs? For a start,  increased stability, the ability to manage on only three legs if we lose one in an accident and more power to the back legs. We jump high and land so gently that we can grab a mouse at the same time.
If humans do a high jump, they land in a heap. They can't pounce properly.
The only advantage they gain are hands with fingers and thumbs. Good for opening cat food tins and envelopes, I guess. While we can carry only one mouse at a time in our mouths, they could carry two - one in each hand. Only they don't.
They don't have our front paw sensitivity. We can feel a small rodent moving in the grass with our front paws and we can feel the texture of surfaces where we walk. We can walk silently.
Ever seen a human trying to stalk silently? It's pathetic. Their immobile feet plonk down on the earth's surface so heavily that any decent animal can hear or feel this for yards and yards. And because they have to stand on their back legs, they cannot slink properly either.
Hopeless for slinking. Hopeless for pouncing. But good for opening cat food containers.

Posted by George Online Cat at 7:10 am 4 comments: