Watch me jump for a forever home...it's black and white cat week in the UK. 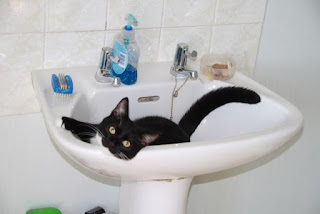 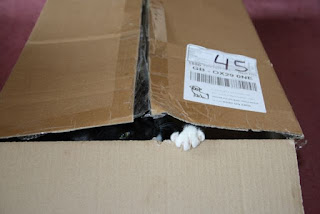 This is me showing how clever I am in photos and a video (below). I have white socks on my forepaws, white boots on my back legs, and fine white whiskers.
I am clever but naughty! I love jumping in the sink. I love cardboard boxes.  I love doing tricks, but I have difficulty controlling myself. When I get over-excited I nip and scratch.
Will somebody give me a home? I need a specially patient person who understands cats.
When I was a kitten, my first humans taught me rough games, punished me then gave me up. When I first was rescued, I growled and bit deeply often.  Now I just nip occasionally but it still hurts my foster mum a little bit.
If somebody in Oxfordshire, UK, wants a clever but difficult cat, purrlease adopt me. I need a forever home.
Yours
Jumping Tommy

Dear Tommy,
Be patient. The right person will come. Any cats living in Oxfordshire and reading this, please share the blog address. Tommy needs a forever home. You can find his details at Sunshine Cat Rescue.
Yours
George.

Pedigrees and moggies - equal in the eye of the Feline God (and sensible humans). 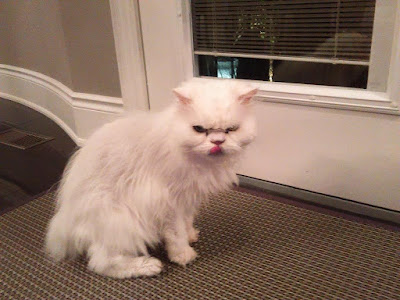