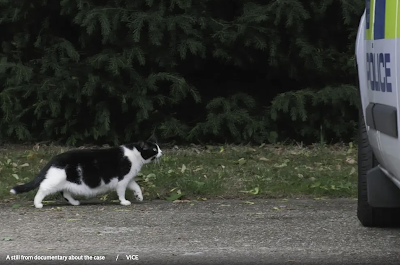 We cats get very frightened when we hear about humans serial killers of cats. How can we tell the difference between a killer and a human friend? Now we can relax a little, if we live in Croydon, a suburb of London.

There isn't a human cat killer at large. The killers were foxes.

Hundreds of cats went missing there, but now a scientific study reported here says the deaths were due either to foxes attacking and killing cats, or foxes scavenging on the dead bodies of cats that had died from different causes.

However, how can we keep safe from foxes?

The best way to do this is to stay indoors at night. Please, humans, lock the cat flap when you come home from work.

Yes, we won't like it. Yes, we will complain at first. So call us in for a special meal or special treats, so that we are rewarded when we get indoors.

It's the simple way to keep us safe from predators.... 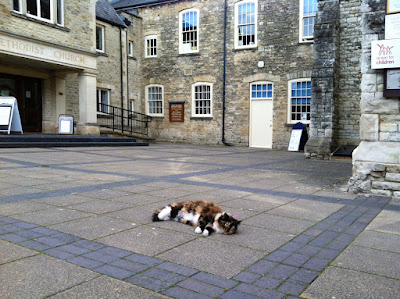 So many cats get lost when they stray from home. They have to roam the streets looking for somebody who might help them survive. Or they end up in traffic accidents and their grieving owners never know what happened. Now, at long last, the UK government is going to do something about it.

Microchips can help all cats. That is the message from International Cat Care. But somehow many humans either just forget, or don't care, or feel it cannot happen to them. Why should you be microchipped?

Posted by George Online Cat at 9:39 am 6 comments: