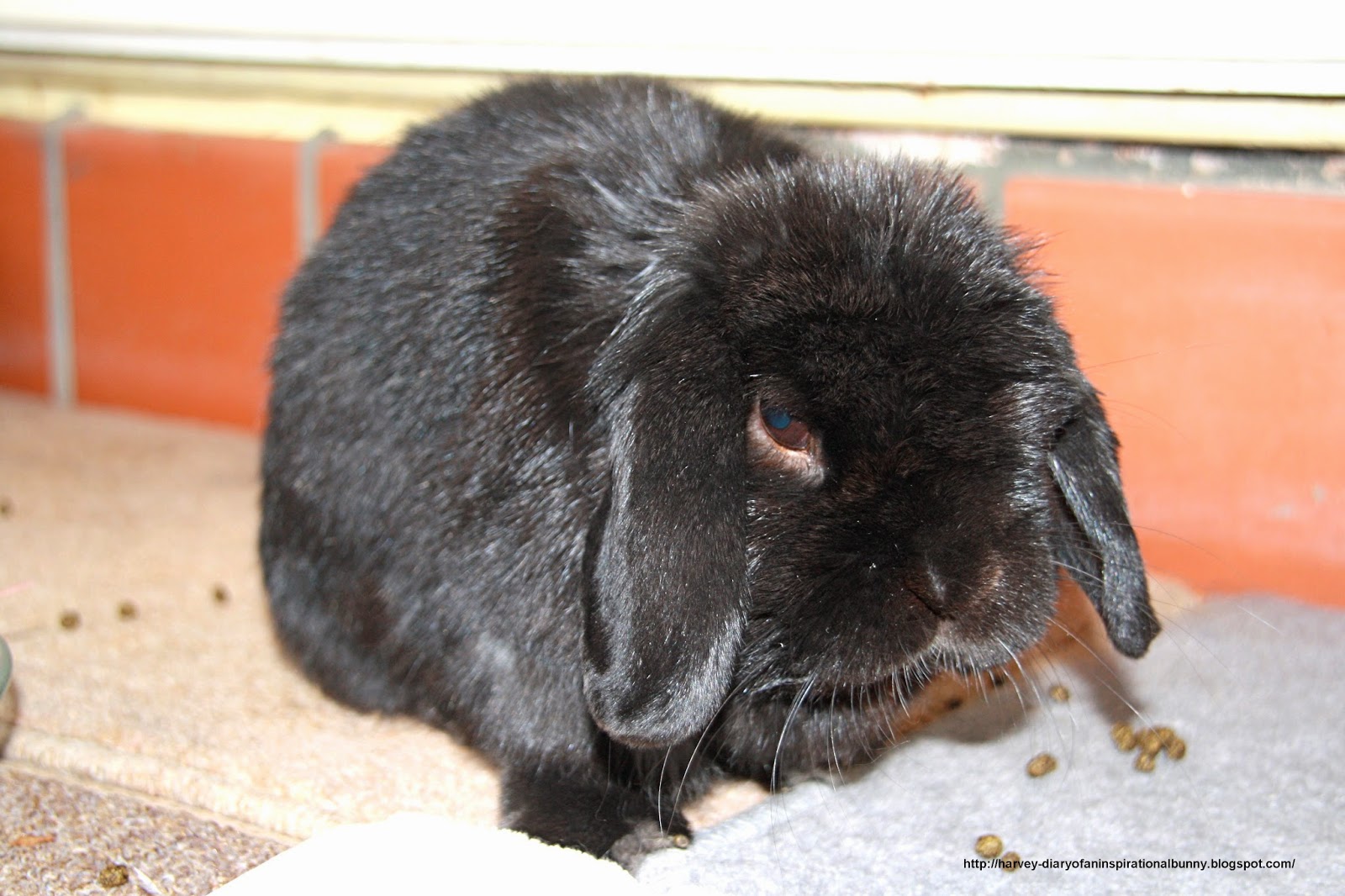 Harvey the Inspirational House Rabbit was a shining beacon for rabbits everywhere. "He took over our lives as soon as he arrived," says Janet, his pet and primary care giver. "From the start he decided firmly what would be his own lifestyle, limitations and place in the family set up." 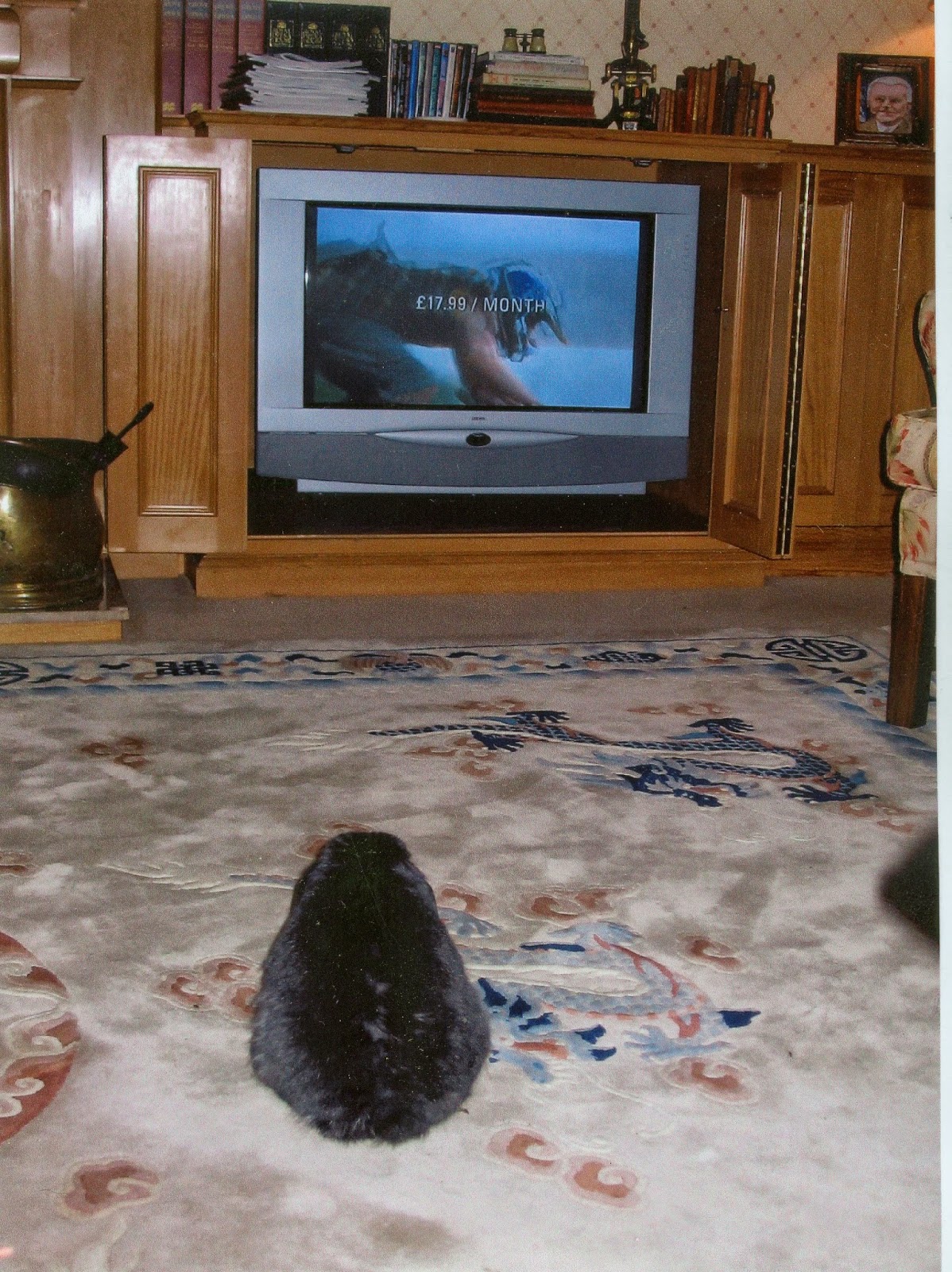 Luckily for other rabbits who are thinking of moving into a human house, Harvey left a record of his training methods. "It's not all cabbage and carrots being in charge of two humans and a house," he admitted. He monitored all visitors,  and enjoyed watching TV.
His diary of daily life can be purchased here 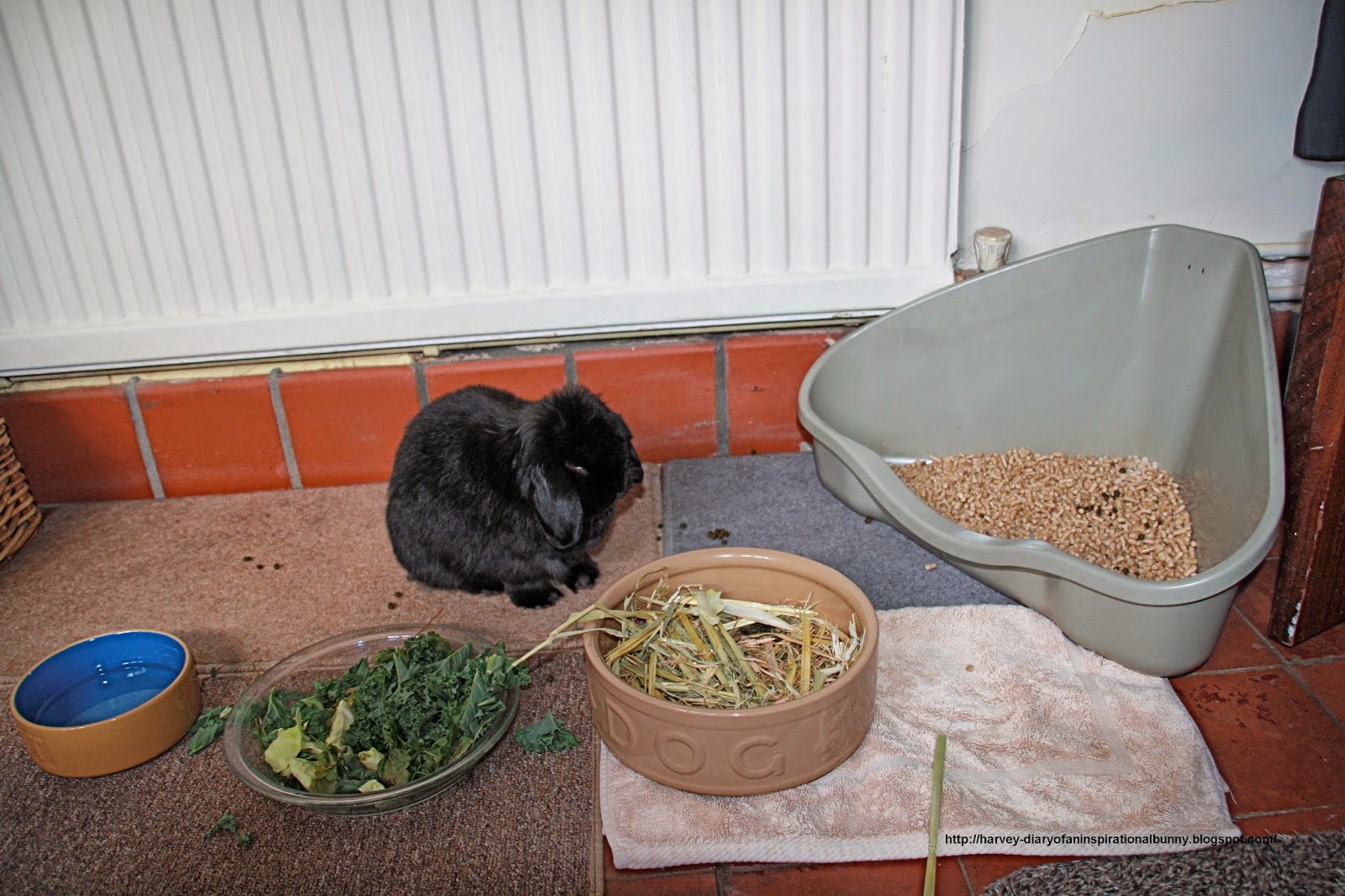 Harvey also busied himself with a little redecorating - putting frills on the sofa arm, and adjusting the carpet fringe a little. "It was all done very tastefully," he remarked, "They could have shown a bit more appreciation in my opinion."

Like all good trainers, Harvey recognised the importance of showing displeasure when training a human. "If they try to blame you for something, turn your back. If you want to object to anything at all, turn your back and sit tight."
His chapter on the importance of watching feet should be read by all house animals. It is an important insight into the world of humans. He realised that feet were the key to predicting human activity within the house.
He will be much missed. His legacy is his blog and the written version of it in a book. He also contributed photos to Celia's website.

Posted by George Online Cat at 7:54 am 5 comments:

Using catnip - do I have a problem? CCA is the answer. 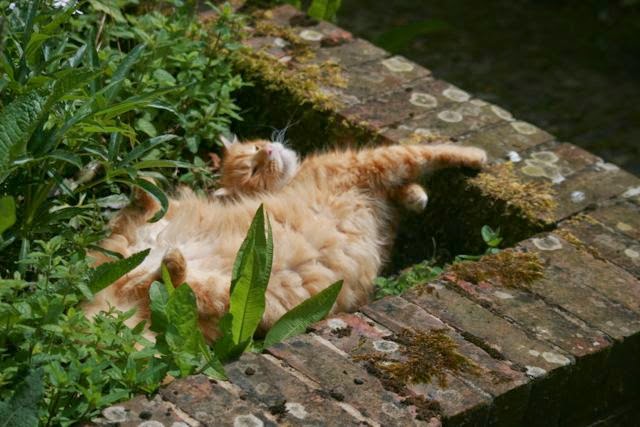 Dear George,
I seem to be spending a lot of time lying in the garden bed next to the catnip weed. As I stroll past the enticing odour hits my nose, and I feel obliged to get closer for a real long sniff.
Next thing I know I am rolling on my back over the weed in what I can only call ecstacy...it is soooooo wonderful. I seem to be right out of this world. Nothing matters to me except the moment of pleasure.
There is one problem, however. I am beginning to worry about my supply. I think about it all the time. The plants themselves are suffering. The one on the right, which you can just see in the photo is surviving but the one on the left (on which I am rolling) only has a few rather battered small leaves. I am killing the thing I love. Any how can I guarantee a regular supply?
Am I getting addicted?
Yours anxiously (except when high)
Toby.

Dear Toby,
Substance abuse (common among humans) is rare among cats. Normal cats can enjoy catnip in moderation. We can take it or leave it. Or perhaps I should say we sniff it, we enjoy it, and then we leave it. But if you are spending too much time on the catnip patch, you may have a problem.
Is using catnip interfering with your normal routine? Do you spend too much time sniffing? Have you lost interest in daily activities like mousing and chasing moths? Do you find that your relationship with your humans is suffering? Are you grumpy and jumpy on a wet day when you cannot get your normal supply? Or are you rolling a sniff even when you get your coat soaked with rain?
If you say yes to any of these questions, you may have a catnip problem. I suggest you start googling CCA or Catnip Cats Anonymous. Don't let it ruin your life. You need help.
Yours from a moderate catnip user,
George
PS. In your previous life on the streets, you will have seen human alcoholics and addicts in dirty macs, with bottles and gear, slumped on benches, shouting, falling over, and generally being obnoxious. Take a lesson from them - get clean before it is too late.
Posted by George Online Cat at 7:12 am 5 comments:

Trouble with other cats in the home? The key to feline serenity is detachment. 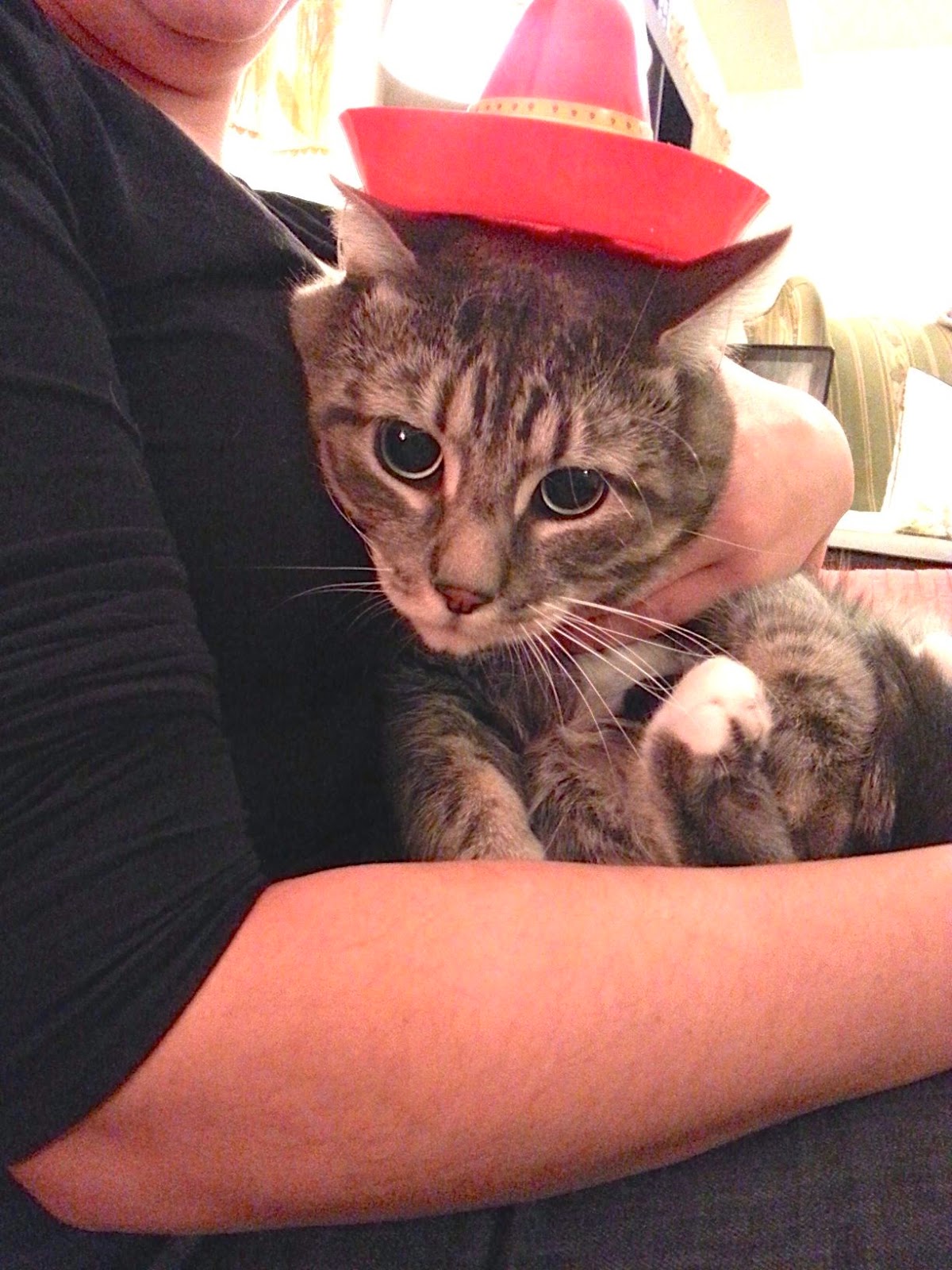