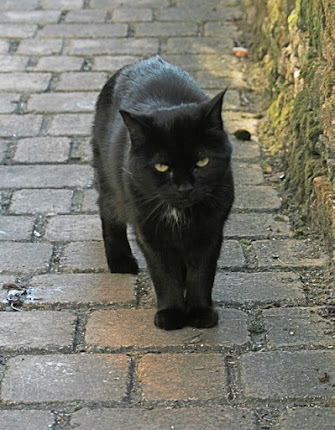 Another human misunderstanding... Apparently they think we should be loyal to them? Loyal. Yes, it's incredible to realise how dumb these humans are.

Some nosey "scientists" set up an experiment, whereby a stranger behaved negatively towards a cat's human and another stranger was helpful to the cat's human. A third person just stood by being neutral.

Then all three offered the cat a piece of food. Naturally the cat took food from all three. Of course. Why not? From this ridiculous experiment the 'scientists' concluded that cats lacked "social evaluation" because they were not disposed to co-operate with humans.

Apparently dogs avoid humans that behave negatively towards their humans. What does that show? That dogs are stupid enough to side with their humans when there is free food going.